THANK YOU ALL FOR A GREAT RACE AND BIG CONGRATULATIONS TO ALL THE WINNERS!

After three difficult racing days in Piran bay in front of Portoroz, Slovenia, the winners of UFO22 European Championship are crowned. The honour goes to Italian Turboden – Francesco Barbi, P. Bertuzzi and L. Borrello (Circolo Canottieri Garda-Sale), followed by the vice-champions on Mia Milu’ – Davide Bianchini, A. Confalonieri, C. Togni (Yacht Club Sanremo) and the bronze medalists on Chimin de Mer’ – Mauro Brescacin, P. Tomsic and J. Ferneti (Societa Nautica Grignano). They won in a fleet of 20 UFOs, 17 coming from Italy, 2 from Germany and one from Austria.

Tricky low wind conditions with plenty of shifts and some current were just the right setting for the best to stand out. Tactically difficult sailing conditions through all three racing days offered no easy champagne sailing, nor no rest to the sailors, fighting for the European title. Saying that, we could witness various approaches and different tactical moves, leaving four different crews with individual race wins – besides the best two finally ranked boats also the fourth Incubo (Pietro Corbucci, R. Benedetti, S. Benelli) and the sixth placed (and the first non-Italian boat), Austrian Divo Tischlerei Wendl (Gunther Wendl, C. Wendl, J. Fisch). To add to the tension, the overall winner was not known till the very end – after Mia Milu’, the winners of the last race, crossed the finish line, their possible European gold was in the hands of Turboden, fighting with Incubo for third in the race. If Turboden finished that last race as fourth, Mia Milu’ woud win the overall title. But the guys on Turboden managed to keep calm and come in as third – and win the gold. Could we wish for more exciting ending of this championship?

Bojan Gale, the UFO22 race officer, after the last racing day: I really don’t know what we did so right that Eol was so merciful with us, sending us 6, 7 knots of stable northern wind for exactly three hours, just enough for finishing the last three planned races. This wind for sure was not forecasted. The racing field was not easy and especially in the first race the strong current made sailing even spicier – sailing on both edges of the racing course obviously didn’t pay-off, the best tactic was to stick to the center. And the sailors saved the best for last, it was really an exciting finish of this championship!

David Bartol, the race officer for the Open Slovenian Fireball & FJ National Championship and Lea Molinari Cup for opties: Also the last racing day started with a short delay due to the lack of breeze, but fortunately the wind picked up shortly after the sailors left the shore and offered us more stabile conditions than we were used to on the other two racing days. The first start of the day was given to the opties fleet, followed by the fireballs and the FJs. The wind stabilized around 5-7 knots and from 330-340 degrees for the whole day, and we managed to successfully finish all three planned races for opties and two for each of the other fleets. I’m pleased we managed to get the best out of the given conditions, meaning that both our National Championships are now regular – with 5 races sailed in the fireball and 4 in the FJ fleet. The Lea Molinari Cup was finished with 6 sailed races, as planned.

We thank all the sailors, the race committee and the members of the jury, the sponsors and our keen organizing team for this great race! All good and hope to see you soon! 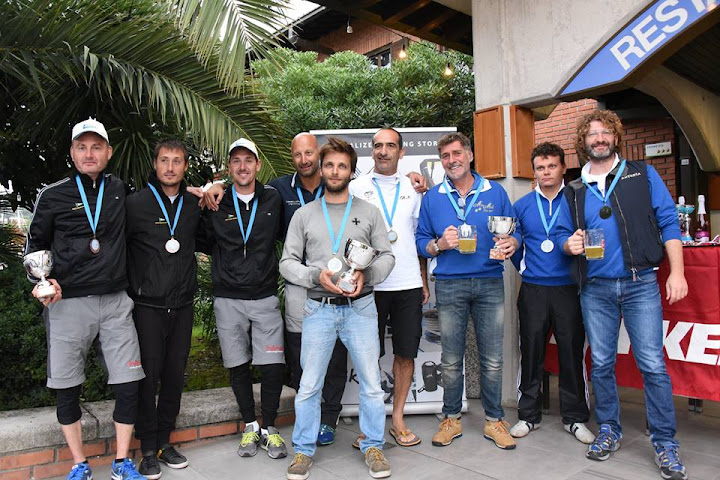 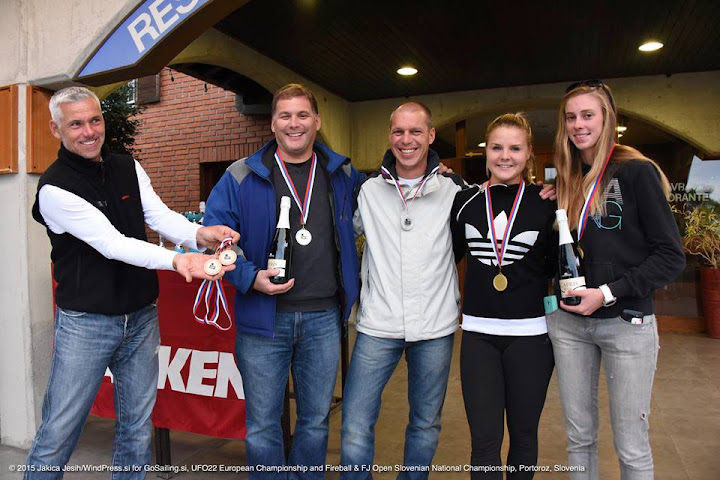 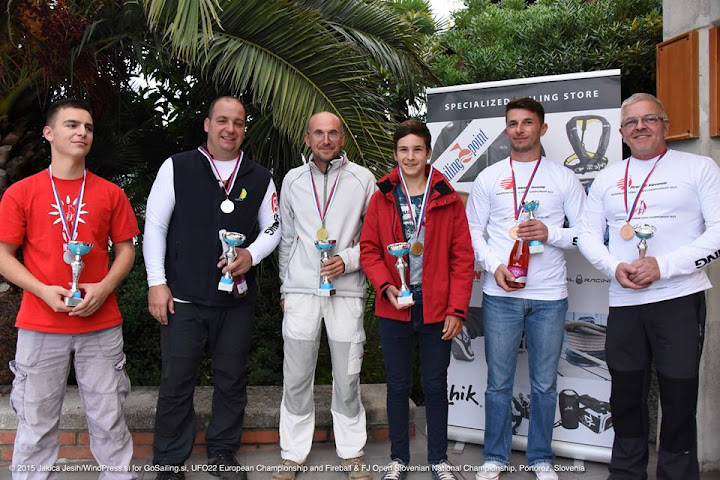 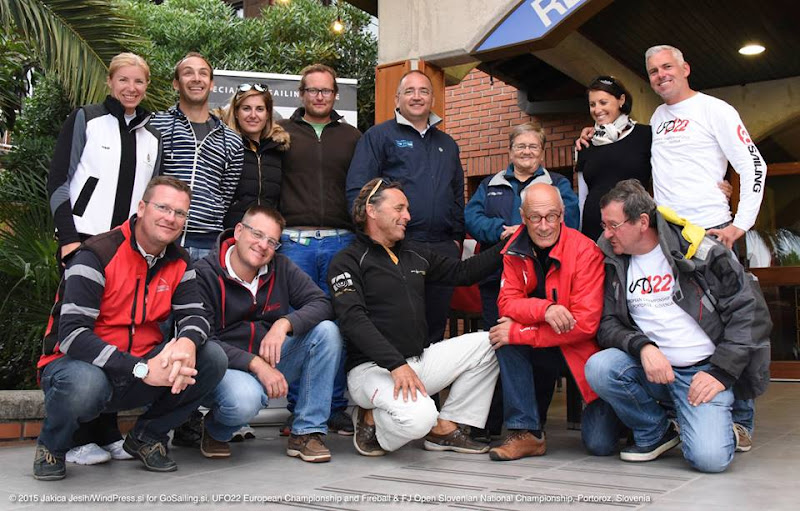